As 2009 comes to an end, we are taking a look back at some of our favorite posts of the year by our guest editors. Today’s entry is from April 28. Here, James Iha writes about Christopher Hitchens, one of the most entertaining and opinionated journalists and political commentators around, though we tend to actually like him a lot more when he agrees with our way of thinking. 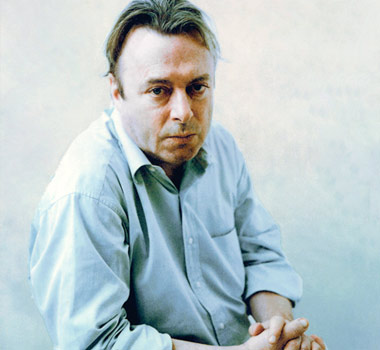 Iha: Christopher Hitchens, the British-born journalist, literary critic, pugilist, heavy drinker and author of God Is Not Great: How Religion Poisons Everything, is one of my favorite thinkers and commentators. As a self-described “anti-theist” and former Trotskyite, he is a critic of the left as well as the right. Buy his books, catch him on CNN, MSNBC and Fox as a political commentator (check out the videos after the jump), or read his columns in Vanity Fair and Slate (here is an article he wrote on the beatification of Mother Teresa). He is always brilliant.

One reply on “Best Of 2009, Guest Editors: James Iha On Christopher Hitchens”

Hitchens is an angry, disrespectful hack. I respected him for about 3-4 minutes and then witnessed his arrogance and his words just fell flat. He’s almost a Glenn Beck on the left.