As 2009 has come to an end, we are taking a look back at some of our favorite posts of the year by our guest editors. Today’s entry is from November 11. Here, Rick Moody writes about documentary Prodigal Sons, which will have a limited theater release soon. 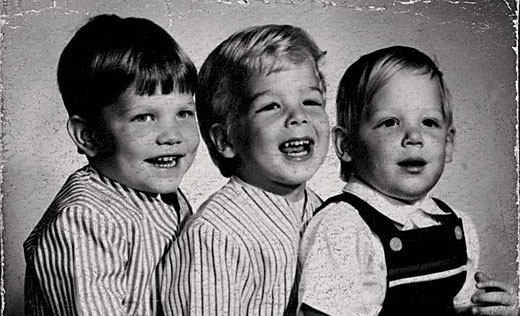 Moody: I don’t want to give away too much about this documentary, which is soon going to get a little limited theatrical release (in early 2010) before showing on the IFC channel, but it has to do, in part, with two brothers, one adopted, one not, going back to their 20th high-school reunion (the adopted one got left back a year, so that two are in the same class), except that the one brother never finished school and got in a motorcycle accident, after which some important parts of his brain were removed, and the other brother, the high-school-football quarterback and class valedictorian, became a woman. The drama of all this is much more than this thumbnail suggests. Kimberly Reed’s Prodigal Sons is definitely among the very best documentaries I’ve seen in years.