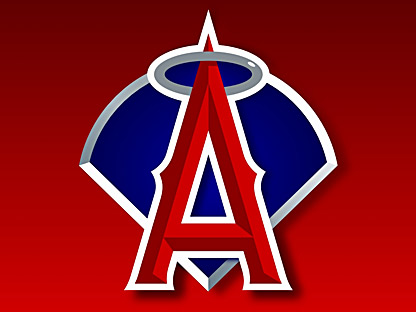 Riley Breckenridge: I was born and raised an Angels fan. Some of my earliest memories are of watching games on TV with my dad and heading out into the yard after games to play catch or Wiffle Ball. I remember seeing their first (and unfortunately brief) postseason appearance in ’79, the heartbreak vs. the Red Sox in ’86, the dark days from ’87 to ’96 (highlighted by the monumental collapse/choke down the stretch in ’95). My life is full of Angels memories, but most of them were rooted in failure. That all changed in 2002 when the Halos won the World Series. I was on tour at the time and watched the final out in a Salt Lake City sports bar, alone, but dad was at the game and was only a phone call away. After 25-plus years of rooting for a team together and little to show for it, we were able to share a moment together that few baseball fans ever get to experience in a lifetime. (Unless you’re a Yankees fan.) The whole thing seemed so surreal and so improbable that it was hard to believe it was really happening. But it was, and it’s my fondest sports memory. Since 2002, the Angels have transformed into a model franchise, winning the American League West five out of the past six seasons, built around a core of homegrown players, while maintaining a respectable payroll under the guidance of owner, Arte Moreno. Although their on-field exploits usually sneak under the national media’s radar, ESPN rated the franchise as the number-one fan experience in Major League Baseball. I can’t disagree with that, although I’m admittedly biased. The stadium is a great place to see a game, the weather is perfect all season long, the tickets and concessions are moderately priced, and the product on the field is a perennial contender. I’m proud to be an Angels diehard. They’ve been a staple in my life, a pillar in my relationship with my dad and a joy to watch (most of the time). A fan couldn’t really ask for much more. Video after the jump.

3 replies on “From The Desk Of Thrice: Los Angeles Angels Baseball”

i didn’t need another reason to not listen to a record by these bros. but backing the team with the rally monkey and a stadium full of dudes who drive raised trucks and rock tribal tats is crossing the line!

really? you’re not listening to their music because of one of their members’ favorite baseball teams? cause thats related. if you dont like the music, thats one thing. but to say you dont listen to them because they back “the team with the rally monkey and a stadium full of dudes who drive raised trucks and rock tribal tats”?? even though there are plenty of people all around america with tribal tattoos who support many different major league teams, and plenty of people who have raised trucks as well.. riiiight.

ANYWHO. thanks riley for sharing your memories and for these guest pieces. i enjoy reading them, even if there are yahoos like the two above.