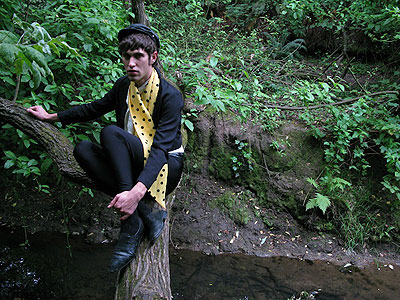 If you’re craving a bit of flamboyance, check out San Francisco’s Hunx And His Punx, the project of performer/ personality Seth Bogart. Gay Singles is a compilation of all five of his singles released between 2008 and 2009 (plus a bonus track) and will be released February 9 on True Panther Sounds. Visually, Bogart is like the trashiest John Waters film paired with Kevin Barnes-esque extravagance (just look at the album art); musically, he creates insanely catchy and nasal bubblegum punk. Exhibit A: “U Don’t Like Rock ‘N’ Roll,” below.