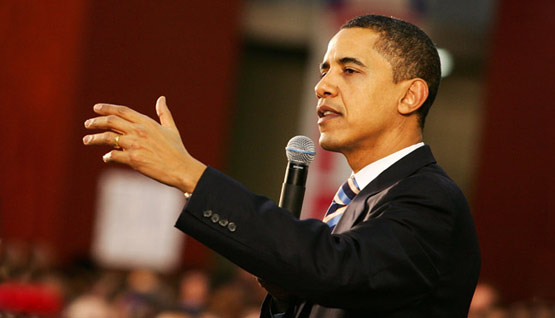 Alexakis: I’m not the sharpest knife in the drawer (four marriages, no prenuptial; enough said), nor am I the dullest. I am a little above average intelligence, and it was sad and pathetic to me when my president (W) had the IQ slightly above that of a high-backed chair. Call me crazy, but I want a president who is smarter than me. When I first heard Barack Obama speak at the 2004 Democratic National Convention, the little hairs on my neck stood up in the way of true chemistry. I knew right away he was born to have this thankless fucking job. And please don’t waste your time to tell me he’s not ready for the job; he’s learning on the job (like all first-term presidents) and doing really well. I agree with those who says he needs to follow his own voice and embrace the audacity that put him in the driver’s seat in the first place. I believe he will. The hairs on the back of your neck never lie. Video after the jump.