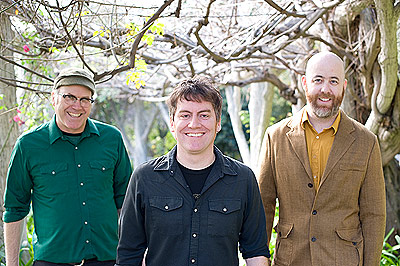 The breakup of Radar Bros. in January 2008 was only a brief setback for singer/guitarist Jim Putnam. He’s since changed the name back to Radar Brothers, recruited bassist Be Hussey and drummer Stevie Treichel and recorded new album The Illustrated Garden. The reincarnated band—augmented live and on future recordings by Brian Cleary (Movies) and Dan Iead (Broken West)—will be touring this summer. The Illustrated Garden is out March 23 on Merge. Download first single “Horses Warriors” below.