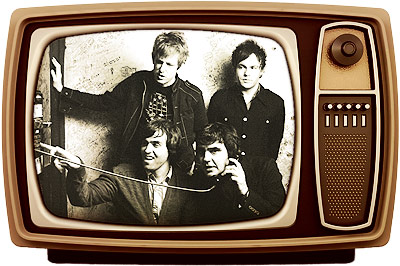 The Late Show With David Letterman (CBS): The Swell Season
Music duo Glen Hansard and Markéta Irglová of the Swell Season are supporting new album Strict Joy and their extensive world tour. The pair’s performance should be nothing but captivating after their starring roles in the 2007 musical romance Once.

The Tonight Show With Conan O’Brien (NBC): Spoon
Conan hosts Spoon tonight as the band promotes new album Transference, which was released today. Britt and the boys have an extensive world tour kicking off in February.

Late Night With Jimmy Fallon (NBC): The Mountain Goats
The Mountain Goats are supporting The Life Of The World To Come. Led by former psychiatric nurse John Darnielle, the Goats consistently deliver insight through a series of connected songs. This album features 12 tracks named after bible passages and set in some quite solemn situations.