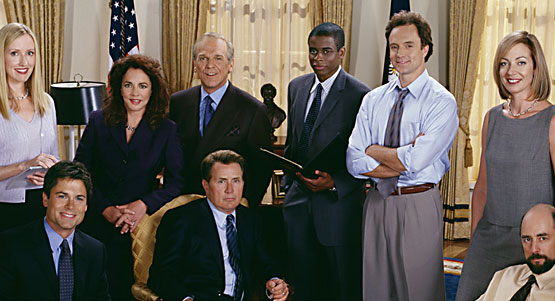 Alexakis: I never had the the opportunity to watch this show when it was on the TV every week because I was busy touring or recording. But I had a feeling it was pretty great because: 1) all my friends told me it was; 2) I was a big fan of the creator of the show, Aaron Sorkin (The American President); and 3) what little I would see left me wanting more (and I’m not a TV person). So when it came out on DVD, Vanessa and I started watching it religiously, and it has become our passion. After the baby goes to bed and Anna does whatever it is that teenage girls do in their room (I don’t really know, but I’m pretty sure it has something to do with Johnny Depp or Robert Pattinson), we break out the fuzzy blanket and cuddle up on the couch and watch The West Wing. Every night. If we don’t, we get all pissy about it. It is, in my opinion, the best written, casted and acted network drama ever. The crazy thing is this was on the air during the G.W. Bush years, and it made all us liberals all misty eyed about Bill Clinton and Jimmy Carter. (Really?). So now that we have the White House and both houses of Congress, the only political drama is the reality TV that we see on CNN, C-SPAN and Fox News. Did I say crazy? Video after the jump.