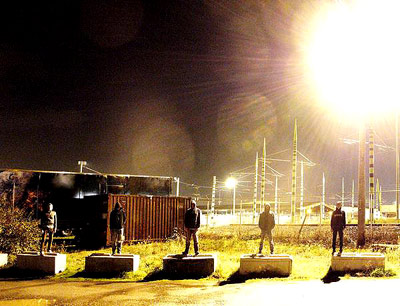 AFCGT is the twisted love child of Seattle bands A Frames and Climax Golden Twins, and it’s still a mysterious entity despite forming more than two years ago. The band’s new, self-titled release is out January 26 on Sub Pop as both a vinyl LP (with a bonus seven-inch single) and as a digital album. Here’s the distortion-and-feedback-riddled “Two-Legged Dog,” which clocks in at an epic 10 minutes.