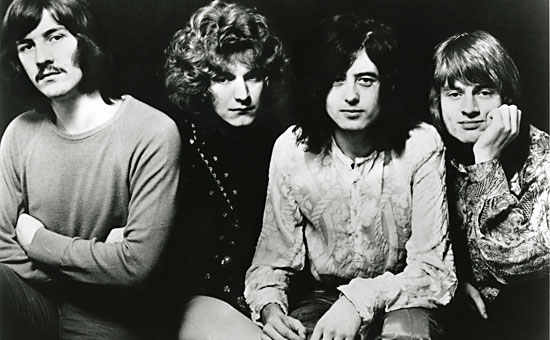 Alexakis: When I was seven, my big brother took me with him to the record store to buy Led Zeppelin II the day it came out, and it stayed on the old record player in our room for literally a year. If you lived in L.A. in the early ’70s, Led Zeppelin wasn’t just a band—they were religion! It didn’t seem possible to me that someone couldn’t like Led Zeppelin. When I started playing guitar when I was 14, I took a few lessons, but I really learned to play by ruining Led Zeppelin. It took me a couple of months, but I learned all the songs. When I played Madison Square Garden (the site of Led Zeppelin’s concert footage for the movie The Song Remains The Same) with Everclear in 2001, I broke out my red double-neck Gibson (just like Jimmy Page) and played a Zeppelin song. It seemed like the right thing to do. Video after the jump.

One reply on “From The Desk Of Everclear’s Art Alexakis: Led Zeppelin”