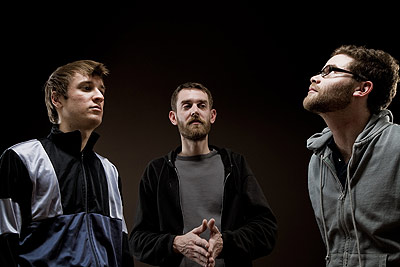 Sonoi is a trio from Chicago with a pretty substantial background in the music business. You might already know guitarist/vocalist Adam Busch and bassist/keyboardist Ryan Hembrey from their work in art-pop group Manishevitz, and drummer Pierce Doerr has had compositions featured on This American Life. As Sonoi, the three have already shared the stage with the New Year, MV & EE and the Plastic People Of The Universe. Now, the band is set to release its self-titled debut on April 27 via Low Transit Industries, and the album’s first single premieres today exclusively on magnetmagazine.com. “Sherry Fall” is a blissful pop song with an underwater gurgle of guitars and earnest vocals.