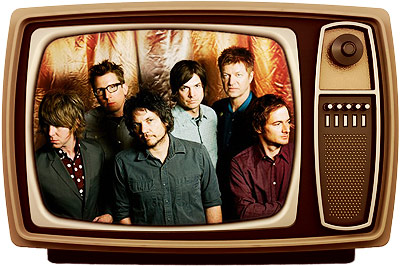 Ever wonder what will happen during the last five minute of late-night TV talk shows? Here are tonight’s notable performers:

The Late Show With David Letterman (CBS): The Hotrats
Rerun from January 13. The Hotrats—half of Brit band Supergrass—did the Beastie Boys’ “(You Gotta) Fight For Your Right (To Party!)” from their covers album, Turn Ons.

The Late Show With Craig Ferguson (CBS): Wilco
Jeff Tweedy and Co. will make their debut performing on Ferguson tonight. Wilco is plugging its gigantic world tour, scheduled to go through the end of May.