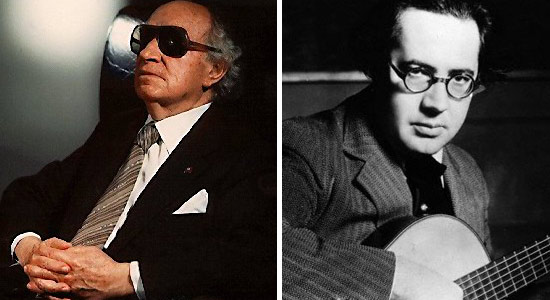 Phillips: Joaquín Rodrigo‘s Concierto De Aranjuez conjures up the desert landscape every time I hear it. I love the earthiness of the classical guitar with the orchestra. Andrés Segovia will always be my favorite classical guitar player. There may be more technical or facile or speedy players, but his playing is soulful and warm. I saw one of his concerts before he died. After the sixth or seventh encore, it looked like he was tired of walking on and off stage, and he said, “It’s a stick. It’s just a stick I run my fingers up and down.” Video after the jump.

This is a treat – I love the concerto. Its interesting that Segovia never publically played Concierto De Aranjuez. He was upset with Rodrigo because he allowed another guitarist to premier it. So Rodrigo wrote Fantasía para un gentilhombre for Segovia to apologize.