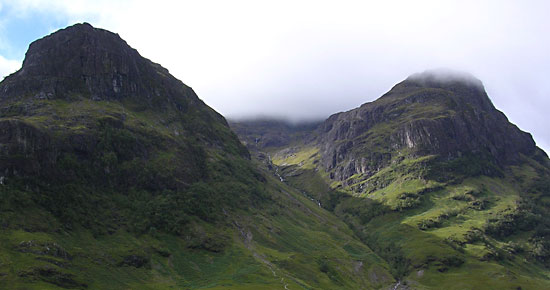 Ollie: I’ve always liked the outdoors. Growing up in the country means that I went on a lot of walks. I enjoy getting out into the countryside, climbing some hills and just admiring the view. Though Britain is a small country, you can be on your own within 30 minutes of leaving a big city. You can spend a whole day walking and not see anyone. My girlfriend lives in Scotland, so I’m getting to see even more parts of the country. Recently we went to Kinlochleven and went ice climbing. We drove up through Glen Coe, which was covered in snow. It was so beautiful. With the band, I’ve visited more exotic places, but there is nothing quite like the countryside of the U.K. Video after the jump.