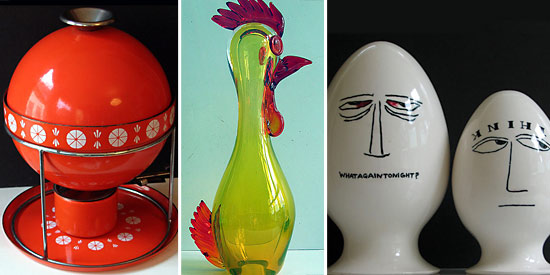 Hatfield: The. Coolest. Crap. They have all kinds of vintage stuff you don’t realize you need until you see it. Stuff like Scandinavian fondue sets and teak frogs.