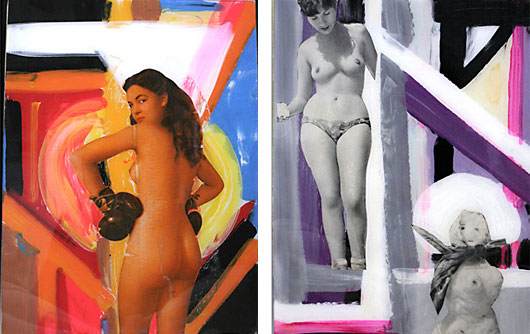 Barzelay: Jason Glasser and I started Clem Snide together in NYC toward the end of the 20th century. I would write the songs, then he dressed them up ever so sweet and stylish. Unfortunately, he moved to France with his young family around 2003 and was not involved in the band thereafter. He still plays music, but mostly he makes painting and installations, though I especially enjoy his sad and beautiful short films. We lived on Ditmars Boulevard in Queens, N.Y., for a time, back in the day. We ate a lot of olives and listened to field recordings from Papua New Guinea, and whatever he came home with—be it a red snapper, a Sarah Ogan Gunning record or just some broken-off chunk of back-alley flotsam—he always managed to turn it into Art. Video after the jump.