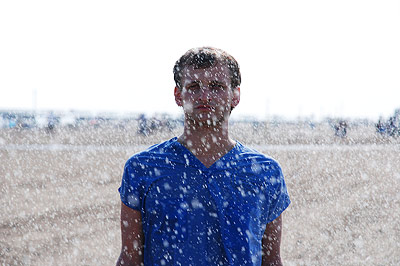 2009 was a big year for Peasant (a.k.a. Doylestown, Pa., native Damien DeRose). After signing with Paper Garden Records, he released his first studio album, which had songs featured on several TV shows, and performed at SXSW and the Montreal Pop Fest, sharing stages with the likes of Cursive, the Delta Spirit and Deer Tick. With today’s release of his second record, Shady Retreat, 2010 is sure to be just as busy. MAGNET is proud to premiere the gentle, DIY-sounding “Tough,” which you can download below.