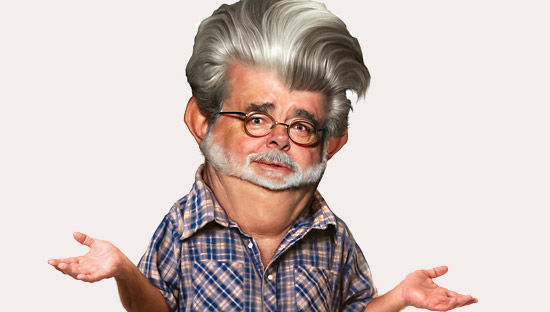 MAGNET’s Mitch Myers files his fifth round of notes from the SXSW Film Conference And Festival.

The film fest may be running out of steam as the music conference begins, but here’s one fact from the documentary The People Vs. George Lucas: For every fan-movie adaptation of Dr. Who out there in the world, there are about 100 fan movies made about Star Wars. Being a fanboy in the 21st century is hard work, and this film examines the worldwide obsession with George Lucas and all things related to his amazingly popular film series. This doesn’t just include collecting action figures and writing angry blogs about the difference the original Star Wars film and the Blu-ray edition; it’s a life choice with serious implications.

Yes, Lucas basically inhabits our collective unconscious, and an incredible amount of people have remade/remodeled the Star Wars story with 3-D animations, stop-action puppets, real-life reenactments and the like. What is equally amazing is the proprietary nature of Star Wars fans and how the story (and Lucas’ über-marketing for the past 30-odd years) has burrowed its way into people’s hearts and minds.

From the infamous episode of South Park to the catchy sing-a-long “George Lucas Raped Our Childhood,” it’s clear that a lot of people are actually mad at Lucas. This film has loads of talking heads defending and debating the cultural ownership of Luke Skywalker and his buddies, but the point made here is that if you hate Star Wars, you still actually love it!

My favorite bit of fan-debated trivia centers around Episode IV: A New Hope and how Han Solo actually shot Greedo at the Mos Eisley Cantina before Greedo drew his space gun. Thoughtful Lucas changed this in the 1997 special edition (and made the original version unavailable) so that children wouldn’t get the wrong idea about blasting someone away unprovoked. Little did he know how much that would piss off an entire generation of fans. The result: T-shirts that testify “Han Shot First!”

This movie features an incredible amount of Star Wars derivations, and by the end you’ll probably want to make you own version as well. And don’t forget the two-hour Star Wars Holiday Special from 1978 with Chewbacca and his family howling at each other for much of the show, even if Lucas really wants you to forget.