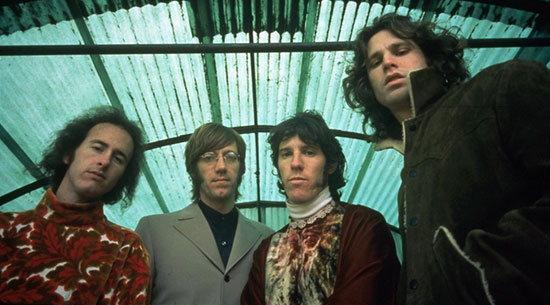 MAGNET’s Mitch Myers files his sixth round of notes from the SXSW Festival.

The new documentary about Jim Morrison and the Doors comes a little bit late in the game. Since the flawed biopic by Oliver Stone, there’s been a solid series of unreleased live recordings, completely remastered CDs and bulked-up boxed sets of the original material. So, what can we expect to learn about the Lizard King and his buddies four decades after the fact? Not much really, except that they were an incredibly popular band thrust into the national spotlight just as rock music was becoming big business.

What makes When You’re Strange: A Film About The Doors interesting is that director Tom DiCillo chose to only use cinematic material drawn between 1965 and Morrison’s death in 1971. That means there are no grey-haired talking heads discussing the old days—just vintage films of the Doors performing or recording or hanging out or being interviewed back in the day.

Interestingly, there was a dearth of unreleased footage to consider, including a strange underground movie Jim Morrison made starring … Jim Morrison. As a result, there are some amazing interludes featuring Morrison in a classic dream-state, making it abundantly clear that he really was charismatic, mischievous and good-looking. Naturally, the film illustrates his steady decline as everyone else connected to the band tries to keep him on track.

With Johnny Depp narrating this classic tale of success and excess in the music business, we’re able to see Morrison as he really was: a natural-born showman unable to resist the temptations of popularity and increasingly burdened by his own fame. It also appears that he was an alcoholic.

Nothing left to do but turn out the lights.