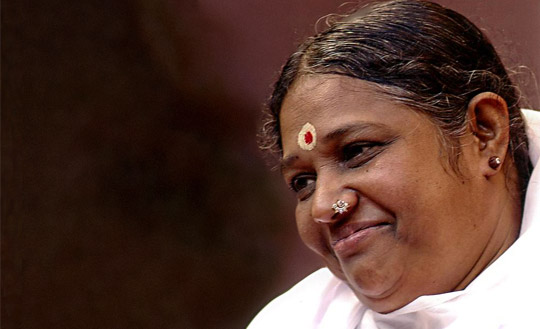 Mascis: Amma is most often compared to Mother Teresa. She’s an Indian women who helps out many poor people in India, often times more than the government does. She’s also there to help people around the world. Even in America, she gave a million dollars to help victims of Katrina. Amma mostly helps people by touring around the world and hugging people. She’s hugged more than 25 million people so far in the 35 years she’s been at it. Listening to all these people’s problems and consoling them day after day is beyond amazing. I’m constantly inspired by the example Amma sets.