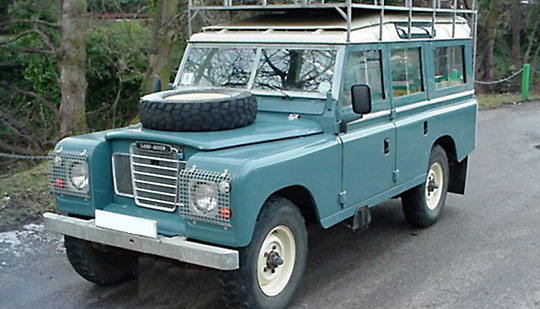 Sweetapple: I have been obsessed with these things since I was a kid. When you say Land Rover to people, they usually think of the newer yuppie machines seen all over the country in suburban grocery-store parking lots. I’m talking about the old, square-looking, go-anywhere, never-break-down, serve-the-military, farm equipment of the British Empire. Series I came into being in 1948, developed into Series II and eventually into Series III, which were built from 1971 through 1983. I never truly knew what it meant to be “at one with your vehicle” until I got my navy-blue, short-wheel-base 1974 Series III. Sure, there’s an element of maintenance in the rover that wouldn’t exist if I just went out and bought a new Chevy Blazer, but where would the fun be in that? Besides, Billy Childish has one, too. Well, almost. His is a Series II, but who’s counting.