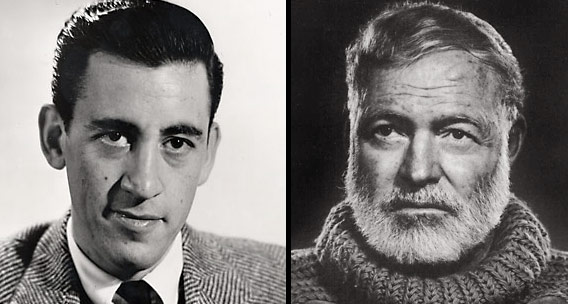 Roberts:
And now you’re expected to tell a story.
It has to make some kind of sense,
you have to keep them interested,
make them want to keep reading,
convince them that they must know the outcome.

And it has to be credible,
and balanced, and engaging;
it can be elegant or lavish or precise
or even outrageous—
so long as it is not gratuitously outrageous …

Pretense is useless.
The story must turn on its own axis,
contain its own center of gravity.
It must be born of its own volition,
And it must have a sense
of its own inevitability.

Eventually, of course
you just can’t come up with anything anymore.
The well is dry,
there are no more depths to plumb.

So you just sit there, staring away,
wondering how you wrote anything at all
to begin with.

2 replies on “From The Desk Of Crash Test Dummies’ Brad Roberts: “The Writer””

i listen to the song MMM MMM MMM MMM several times, and i really would love to know the meaning of the song.. there’s several different ideas, but to know the truth would be satisfying.