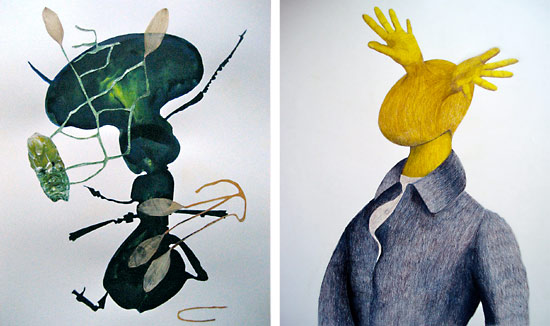 Peter: Tinca is a good friend of ours. She is an artist, teacher, musician and music lover, with a passion for outsider music/bands. She’s also a cool friend to hang out with. I happened to study at the same art school as her, years and years ago, and she was also in bands before and after De Artsen, which Herman and I were in before Bettie Serveert came along. Tinca’s blog consists of a lot of ink drawings, photos, collages, paper weaves, pictures, silkscreens and etchings. I happen to have a collage of hers, with no title, that hangs above my Marcel Duchamp cabinet and that I look at fondly every day.