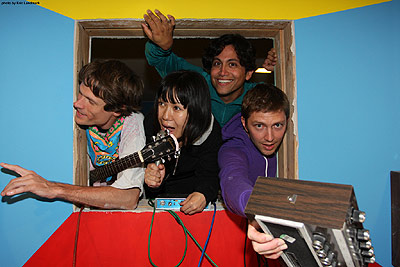 Deerhoof bassist/singer Satomi Matsuzaki is so cool that she is the pop idol in Josh Farrar’s first novel, Rules To Rock By. What’s even sweeter is that Matsuzaki never played an instrument until the start of her band in 1994. She was a quick study, though, and Deerhoff has released 11 albums since. The band even contributed a cover of “Hitch Hike” by 1980s Swiss post-punks LiLiPUT for the soundtrack to Rules To Rock By. Deerhoof’s version is a bit funkier than the original, with Matsuzaki floating her childlike vocals on top. If you get a chance, the band will be playing its new song around Europe and its hometown of San Francisco this summer.