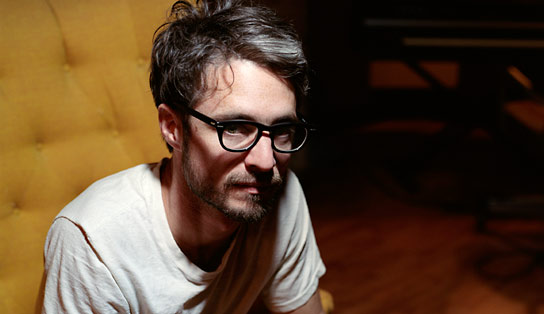 Is there anything that goes better with impending summer than fresh Americana folk music, complete with banjos, slide guitar and heart-wrenching lyrics? Luckily, Denton, Texas, native Doug Burr is here with his third record, O Ye Devastator (Spune/Velvet Blue Music), just in time for long drives with the windows rolled down and days lounging on the beach. We have a feeling that by August, our copy of the album will be pretty worn out. Burr himself will be spending his summer playing shows throughout his home state in support of the release. Here’s the mix tape he made especially for MAGNET, which will also be getting lots of summertime listens.

Pleasure Club “High Five Hit Me”
I met James Hall, frontman of Pleasure Club, when he came through Dallas to play a show. A friend had burned me some of his unreleased demo tracks about a month before the show, and I became a fan. Watch James let loose in this record store! Video

Lift To Experience “These Are The Days”
Josh Pearson, frontman of Lift To Experience, is a former Dentonite and a friend, and James Hall/Pleasure Club has had a heavy influence on Josh’s music I’ve come to find out. This song is the first song from Lift’s near-legendary The Texas-Jerusalem Crossroads album. Video

16 Horsepower “American Wheeze”
David Eugene Edwards of 16 Horsepower (and Woven Hand) was probably born in the 1960s. But I think he’s been making music since about 1860 or so. Video

Mississippi Fred McDowell “Goin Down To The River”
One of the greats. Throwing down on an amazing song, vocals and slide guitar. Video

Milton Mapes “Lonesome Town”
It’s quite ridiculous that I literally just stumbled across this since I know the guys in the band well. This is a cut from a video-game compilation soundtrack (Stubbs The Zombie) they were on, where all the bands were asked to do a cover of ‘50s/’60s music. (In this case, Ricky Nelson.) The particular video sequence playing along is actually a tribute to another videogame (Bioshock), but I thought it a nice touch. Video

Elvis Costello “A Good Year For The Roses”
I love this George Jones song and this rendition. I also love the understated video. Video

Bruce Springsteen “Used Cars”
This song is a heartbraker. It conjures a feeling anyone can identify deeply with, whether or not you can afford new cars. Video