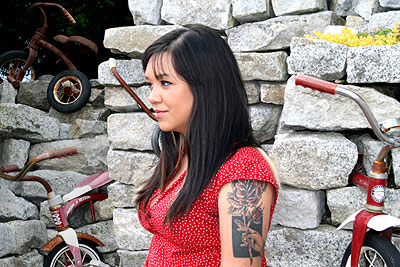 Seattle-based Nouela Johnston named her musical project People Eating People after holding a contest among friends for the “world’s worst band name.” The winning name might be terrible, but she can sing and tickle the ivories like nobody’s business, and she proves it her self-titled debut (out now via The Control Group). Dark cabaret number “All The Hospitals,” which premieres today on magnetmagazine.com, will have you imagining Johnston onstage in a dim jazz hall, dressed to the nines and pounding on a beat-up grand piano.