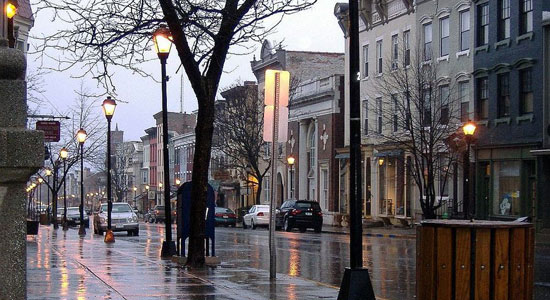 Creager: Hudson is my current hometown. Home to many NYC expats. Wonderful artists (Melora Kuhn), much yoga (Sadhana), music (Mother Fletcher, Melissa Auf der Maur, M’Shell Ndegeocello), local food at your fingertips. Was long ago a whaling town, then an abandoned slum, then a gay hot spot of antiquing.