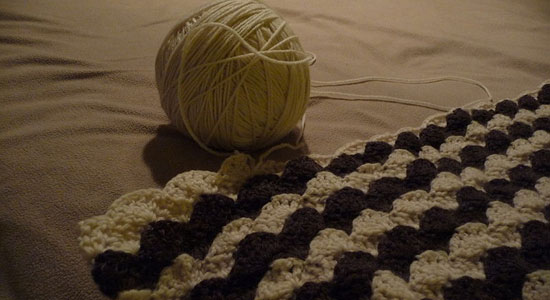 Creager: My daughter does crochet in school, so I learned how, too. It’s super-fun. I do it on the road or by the fire. I like best to use alpaca. While I was pregnant, I crocheted a beautiful blanket for my new baby, Ivy. A yarn store is like a candy store, and you can always use leftovers for hair extensions.