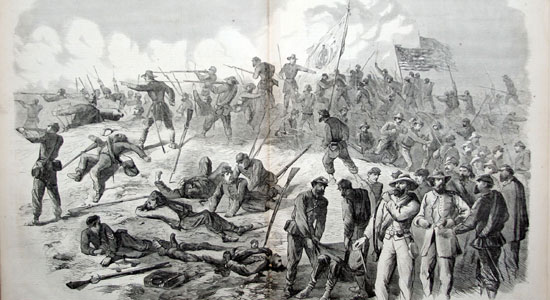 Richard: I became interested in this part of history almost accidentally, during an impromptu road trip that ended up among the monuments and ghosts at Gettysburg at night by high beam. Later, during our touring life, I dragged the band to every battlefield I could, from Harpers Ferry in the East, to Shiloh in Tennessee and even Glorieta Pass in New Mexico. Battlefields are oases in the sprawling suburban desert, open space where you can imagine life as it was in the 1800s. The other band members didn’t seem to mind too much and didn’t have any better ideas anyway.