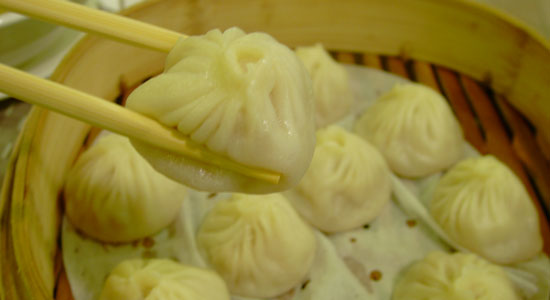 Fontaine: Xiaolongbao are Chinese soupy buns. My favorite is filled with pork and crab meat. The best part of the bun is the soup inside. Apparently, meat gelatin is wrapped inside the skin with the meat, the buns are steamed, and the gelatin melts, creating the soup. Sorry, veggies: These things are awesome. It takes a while to figure out how to eat ’em, too. But with patience, even you can get the technique down.