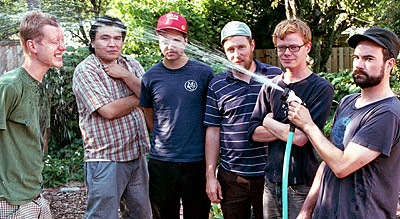 Sometimes siblings just make the best bandmates, as we’ve seen with countless groups since the dawn of rock ‘n’ roll. This time, the theory is proved by the Brothers Young, a Portland, Ore., trio of brothers joined by three close friends. With shared vocals accompanying its hazy, lilting folk melodies, we’re hoping there won’t be any Oasis-level rivalries to ruin this band’s magic. Premiering today exclusively on magnetmagazine.com is “The Roman Sun,” which is off the the Brothers’ just-released EP, Good People (Emeritus).