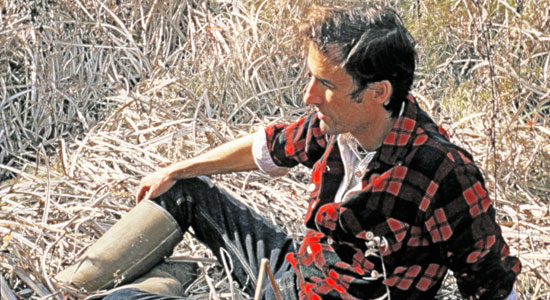 Fat Possum Records will release Andrew Bird’s Useless Creatures on October 25. The instrumental album was previously only available as a bonus disc with the deluxe edition of 2009’s Noble Beast … The Sacred Triangle: Bowie, Iggy & Lou 1971-1973 is a film that examines the era in which David Bowie, Lou Reed and Iggy Pop worked closely together and changed music forever. It features rare and classic film footage and photographs along with contributions from Bowie’s ex-wife Angie, Andy Warhol’s Factory assistant Billy Name, MainMan Management vice president Lee Black Childers and many others. It’s out on DVD on November 23 … Speaking of Bowie DVDs being released on November 23, the next title in the Rare And Unseen series focuses on the career of the glam rocker through rare archive interviews and previously unseen footage … Steve Wynn And The Miracle 3’s new album, Northern Aggression, is out November 30 via Yep Roc Records … The Long Winters and Spiral Stairs teamed up for a split single, which is available now via Mt. Fuji Records as a limited-edition clear-vinyl seven-inch with a free download code … For the first time ever, the debut recording sessions of Earth, which took place in 1990 at Smegma Studios, will be released as A Beaurocratic Desire For Extra Capsular Extraction (Southern Lord) … The Get-To-Bed Birds seven-inch features the last two songs recorded by the Lucksmiths before they split up. It’s out now on Matinee/Lost and Lonesome, limited to 1,000 hard-numbered copies with a free download code. Download “Get-To-Bed Birds” …On November 22, Rhino and Bright Midnight Archives are issuing The Doors: Live In Vancouver 1970, a two-disc set of unreleased music from the Doors’ Roadhouse Blues Tour.

[…] Wynn and the Miracle 3 – Northern Aggression Coverage in the Village Voice, Magnet, and The Boston Herald. John Grant – Queen of Denmark “#1 Album of the Year” […]