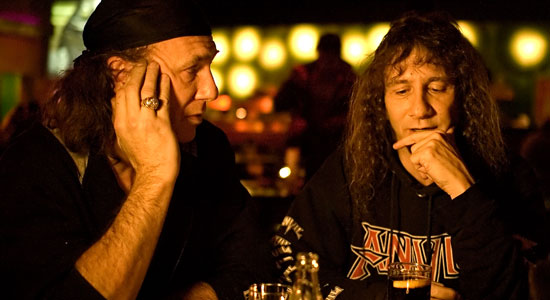 Yorn: Anvil: The Story Of Anvil is a must-see documentary, but I think especially for musicians. It’s about Canadian heavy-metal band Anvil, who were big for a moment in the early ’80s and have soldiered on through ups and downs. It follows them on a nightmare European tour and through the recording of an album. Things are constantly going wrong, like they play a show somewhere and they’re late and the promoter makes them soup, but won’t pay them. When they’re recording the album, they get in a huge fight. These guys, they’re just these aging Jewish guys from Canada, and they’ve been best friends forever and they’re just so passionate about their music, even if life keeps dealing them a shitty hand, you know? This movie is so funny and inspiring. It’s about these tenacious people who live to do what they do. So good.