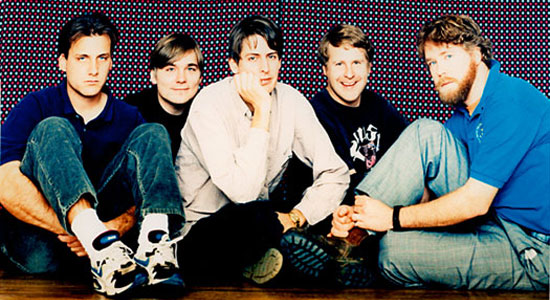 Healy: I met Steve Malkmus while we they were recording what was to be their final album, Terror Twilight, in 1998. Good manners, shy, intensely intelligent. It was hugely interesting to be sitting on the studio floor while they worked on “The Hexx.” I was introduced to Pavement’s music when I was at art school in Glasgow by my friend Toby. He discovered them from the late John Peel. “Trigger Cut” was on constant rotation in my bashed-up green Mini Cooper for a year. I saw them play at Glasgow University. It was shambolic. I didn’t manage to see them when they reformed recently. Would have liked to see this.