Fronted by the nervous guitar and earnest vocals of Richard Barone, the Bongos grabbed the torch from the Talking Heads to light the way into the 1980s for a second generation of eye-opening New York bands that sounded nothing like their predecessors. Dedicated to the proposition that the tired and huddled masses could still find comfort at CBGB (or at Maxwell’s across the Hudson River), the Bongos ruled the greater-NYC roost. A stimulating succession of solo releases, topped by this year’s Glow (Bar/None), leaves no doubt that Barone is still hitting on all cylinders, a vital and imaginative force in today’s music scene when most of his contemporaries have fallen by the wayside. Barone will be guest editing magnetmagazine.com all week. Read our Q&A with him. 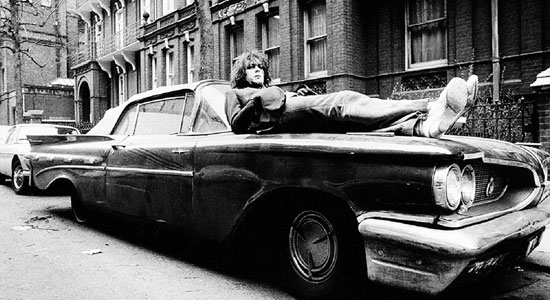 Barone: The coolest thing about Mick Rock’s images is that as much as they define their eras, they defy time. His shots of Pink Floyd’s Syd Barrett capture the rocker-washed-ashore-by-the-sea-of-tranquility in full cusp-of-the-’70s regalia and as the eternally beautiful, curly haired lost boy consumed by his muse (as well as by an array of pharmaceuticals). Mick’s gorgeous, glamorous images of Bowie as Ziggy, Lou Reed as Transformer and Iggy as, well, Iggy may be undeniably ’70s, but at the same time they portray mythological gods, worthy of worship by Ancient Greeks and Young Americans alike. Rock’s newest book is his lushest, liveliest, loveliest collection yet. Every single page makes you want to dive into it, make love to it, live inside it forever. Each image inspires as much as it seduces. Mick Rock sees the thread that runs from hippie to glam to the Sex Pistols and Blondie to Lady Gaga. And the fact that Rock is his real last name gives him permission to enter that world, capture it and emerge to share his spoils with the masses.