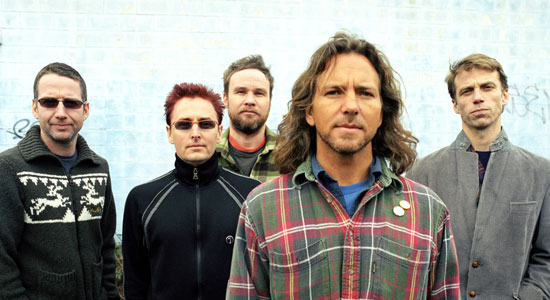 2011 marks Pearl Jam’s 20th anniversary, and the band is celebrating with the January 18 release of Live On Ten Legs, a compilation album consisting of tracks recorded from world tours between 2003 and this year … On June 29, LCD Soundsystem recorded nine tracks at the Pool/Miloco studios in South London. These songs will be released on Tuesday as The London Sessions (DFA/Virgin) … Tom Waits’ first four Asylum albums—Closing Time, The Heart Of Saturday Night, Nighthawks At The Diner and Small Change—are being reissued on vinyl by Rhino on December 21 … Sleater-Kinney’s Carrie Brownstein and Janet Weiss have formed a new girl group, Wild Flag, with Rebecca Cole (Shadow Mortons, Minders) and Mary Timony (Helium). The quartet is set to hit the studio early next year and release its first album in June … Yo La Tengo plans to “channel its inner Pat Sajak” this winter on tour, during which the band will spin a “Wheel Of Fortune” to decide its set list each night … Soft Boys and Katrina And The Waves co-founder Kimberley Rew is releasing an album compiling the best songs of his solo career on November 9. Fittingly, it’s called The Best Of Kimberley Rew … Cut Copy returns with its third album, Zonoscope, on February 8 via Modular. Check out Skies Of The Ape, a documentary about the making of said album, here … The reissue of Queens Of The Stone Age’s 1998 self-titled debut album (on Rekords Rekords) has been moved to January 11. No other details have changed; the release will include a traditional CD as well as a bundled package featuring a double LP and digital-download card … On January 25, the Get Up Kids are self-releasing their fifth full-length, There Are Rules, which is the band’s first album in seven years. A U.S. tour will follow … Husband-and-wife duo Over The Rhine enlisted the help of Joe Henry for its newest album, The Long Surrender (Great Speckled Dog), which will mark the couple’s 20th year when it’s released January 25 … Also out January 11 is Red Barked Tree (Pink Flag), the latest album from Wire.