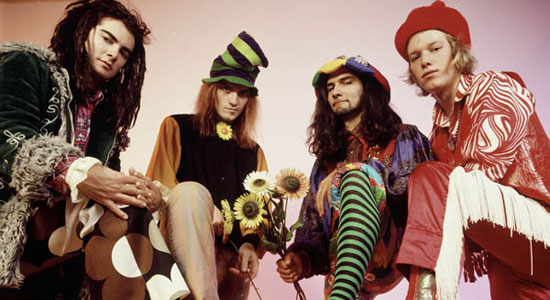 Bleu: Fuck it. I’m putting ’em on here. Chances are, if you’re familiar with my music, you’re probably familiar with Jellyfish. But in case you’re not: Welcome to the best power-pop band ever. They’ve only got two records, and they both rule, so ya kinda can’t go wrong. Everything about it is ambitious. Still my fave.

One reply on “What Kinda Man Bleu Is: Jellyfish”

Jellyfish was a great band that had enough chops to get away with those ridiculous outfits, which rightfully would bury a lesser band. Impossibly catchy hooks, everthing-and-the-kitchen-sink instrumentation mixed with complex vocal harmonies made me wonder why the hell Jellyfish didn’t achieve bigger and better things. Why pop radio plays absolute crap and habitually ignores great pop music is beyond me.