Hardcore will never die, at least while Keith Morris is still alive and kicking. The 55-year-old Morris co-founded the legendary Black Flag with Greg Ginn before leaving the band three years later to start the equally seminal Circle Jerks with future Bad Religion guitarist Greg Hetson. That band lasted a decade, though since 1994, the Circle Jerks have continued to tour sporadically but haven’t released a new album since 1995. That was going to change when the band convened last year with producer Dimitri Coats (Burning Brides) to work on new material. The result, however, was Morris quitting the CJs and forming OFF!, a new hardcore supergroup with Coats on guitar, Steven McDonald (Redd Kross) on bass and Mario Rubalcaba (Rocket From The Crypt, Hot Snakes) on drums. OFF! recorded four EPs that will be released as a vinyl boxed set, First Four EPs (Vice), on December 14. The band will also be guest editing magnetmagazine.com all week. Read our Q&A with Morris. 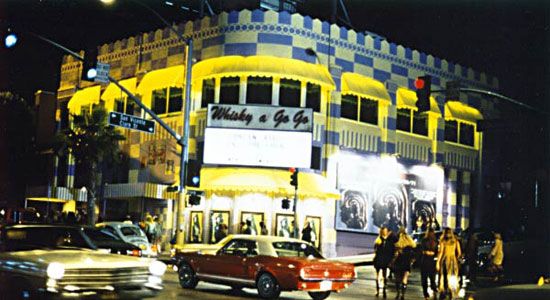 Keith: As co-editor of MAGNET, I—along with my bandmates, Dimitri Coats, Steven McDonald and the insanely talented Mario Rubalcaba—have been asked to write 14 short stories oraa’ few lengthy paragraphs ’bout some of my/our favorite things. At first I compiled a list consisting of bands I love, Armenian food, the importance of a night club called the Whisky A Go Go in 1970 to a 15-year-old in part of his formative years, Godzilla and a dozen or so other topics. I’m sittin’ in my living room with incredible weather taking place outside and wonderin’ why I’m indoors typing when I should be up at Griffith Park chasing squirrels! Deerhunter’s new recording, Halcyon Digest, is playing on my stereo and is the perfect soundtrack to this gorgeous day. I’d read a thread on Facebook where a buncha’ grumpy jaded older types chimed in with their two cents saying they couldn’t keep track of Deerhunter, Deerhoof or Deer Tick, then brought up alla’ the “Wolf” and “Crystal” bands who’re also clogging up the musical landscape and wondered why the fuck they’d put down a buncha’ groups, most of whom they probably have never heard Well the Peter Pan in me sez an extremely loud “Phooey!” ’cause the music I’m hearing right now can be placed alongside any of the music that would’ve been played on the stages of either Fillmore’s East, West, the Shrine Auditorium or the “Riot On The Sunset Strip” Whisky A Go Go. I just put Darker My Love’s Alive As You Are on the turntable, and this is every bit as cool, well-written and performed as anything by the Byrds, Quicksilver Messenger Service, Jefferson Airplane or Velvet Underground, which is pretty bold statement, but give them a listen and both will back up my scrawny ass!