No one can call Brooklyn-based rockers We Are Scientists one-dimensional. The band has engaged in extracurricular activities ranging from creating a comedic TV series to self-improvement seminars. However, singer/guitarist Keith Murray and bassist Chris Cain have returned to their day job to release fourth album Barbara (PIAS/Masterswan). WAS, who were without a drummer since the 2007 departure of Michael Tapper, have added former Razorlight skinsman Andy Burrows to the lineup, and Barbara features a more eclectic sound, with the often-brash group experimenting with slower tempos and fuller arrangements. Lead single “Rules Don’t Stop” is vintage Scientists, though; it’s a nervy power-pop song driven by a thumping bass line. The single debuted at number 14 on the U.K. indie charts, and it’s already an anthem for mustachioed hipsters everywhere. Murray is guest editing magnetmagazine.com all week. Read our brand new Q&A with him. 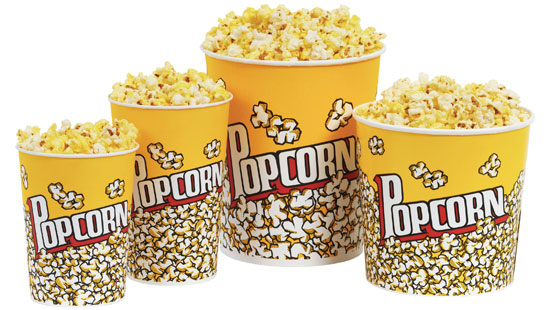 Murray: There really is no better food than popcorn bought fresh at a cinema. Yes, it’s nothing but empty calories sprinkled with an outsized serving of sodium. Yes, it makes you feel bloated and sick and like you want to spoon it back out of your guts with a soup ladle. Yes, it’s frequently sold by vendors at roughly 5,000 percent above corn’s market value. But, damn, if it doesn’t just do it for us. Chris and I will see a movie—any movie—so long as there is popcorn at the avail. Conversely, if our favorite film (Crimes And MIdemeanors, say, or BASEketball) were playing for free at a theater that located across the street from our apartment, and that movie was going to be attended by Weird Science-era Kelly LeBrock and the entire cast of Lost, but there was to be no popcorn, we’d probably just stay at home. My favorite popcorn in New York City comes from the Clearview Chelsea Cinemas on 23rd Street. Chris claims his comes from the AMC Empire 25 in Times Square but specifies that it must be consumed on a busy night, when demand for the corn is at its height and the buckets are routinely filled by placing them beneath the cascade of corn that tumbles, piping hot, from the popping cauldron. Damn it, he’s right.