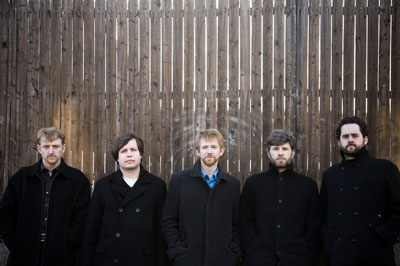 Poor But Sexy is made up of five longtime members of the Washington, D.C., post-punk scene: singer David Brown and bassist Brandon Kalber (both of Travis Morrison Hellfighters), guitarist Jason Caddell (Dismemberment Plan), keyboardist David Durst (Anti-Social Music) and drummer Bruce Falconer (an investigative reporter who also blogs about beer). PBS will self-release its debut LP, Let’s Move In Together, on February 15, but you can also catch the band on some East Coast dates with the Dismemberment Plan and, later, Franz Nicolay and David Dondero. Download album track “Hotter Than A Poptart” below, and read our Lost Classics post on the Dismemberment Plan.