White Wilderness (Dead Oceans) is the latest album from the San Francisco-based John Vanderslice, and he’s joined on it by the classically trained Magik*Magik Orchestra. MMO artistic director Minna Choi arranged and conducted the Vanderslice-written music on the LP, which was recorded in a whirlwind three-day session by producer John Congleton (St. Vincent, Walkmen, Bill Callahan). Vanderslice himself is no stranger to production, running the Tiny Telephone recording studio for 14 years and having produced records by the likes of Spoon and the Mountain Goats. Now he can add MAGNET guest editor to his resume, as that’s what he’s doing at magnetmagazine.com all week. Read our brand new Q&A with him. 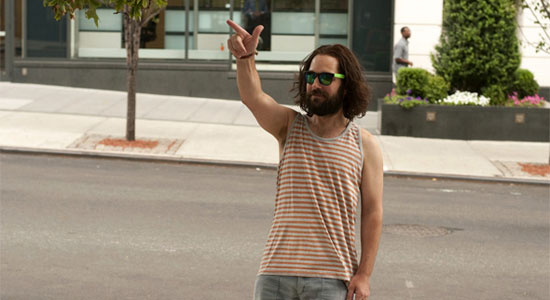 Vanderslice: I enjoy Paul Rudd immensely, from The 40-Year Old Virgin, Role Models, Knocked Up and Forgetting Sarah Marshall (a very underrated movie) to his tremendous turn as Celery Man, probably my favorite viral video from last year. I’ve seen it dozens of times, and there’s something about the way he overrides the computer’s warning that a “nude tayne” is NSFW that kills me every time.