KORT is Lambchop frontman Kurt Wagner and solo singer/songwriter Cortney Tidwell, and with covers album Invariable Heartache (City Slang), the duo has recorded a sort of love letter to its hometown of Nashville and the city’s musical past. Eleven of the LP’s dozen tracks were originally recorded in the ’60s and ’70s for the Music City-based Chart Records (a label with huge familial ties for Tidwell), and the 12th song was cut by Tidwell’s mom, Connie Eaton, in 1975 for ABC Dunhill. And while the heartfelt Invariable Heartache is certainly ensconced in Nashville’s storied musical history, it’s a thoroughly modern statement by two of the town’s brightest hopes for Music City’s future being as fertile as its past. Wagner and Tidwell will be guest editing magnetmagazine.com all week. Read our new Q&A with them. 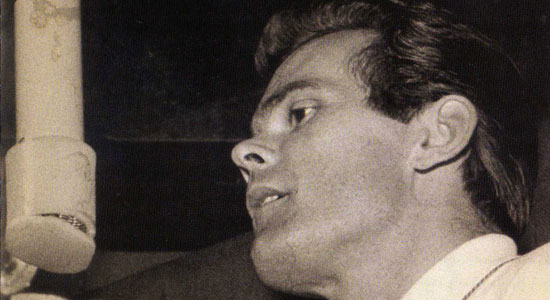 Tidwell: For my part, I’ve chosen to focus on great moments of heartache in art and music for this guest editorship, and I can think of no better way to start than with the great Johnny Paycheck and this fab compilation of his, The Real Mr. Heartache: The Little Darlin’ Years, put out by the Country Music Foundation a few years back. A glance at these titles alone will reveal an immediate deviation from the classic, well-scrubbed fare of country that some casual listeners might associate with Paycheck. Consider titles like “(Pardon Me) I’ve Got Someone To Kill,” “It Won’t Be Long (And I’ll Be Hating You)” and “He’s In A Hurry (To Get Home To My Wife)” These just scratch the surface of this under-appreciated artist at the dawn of his powers. There’s not a stinker on this record, and it offers an interesting insight into his influence on country artists to come. One wonders, on hearing this stuff, how much influence he and George Jones had on each other. Devastating.