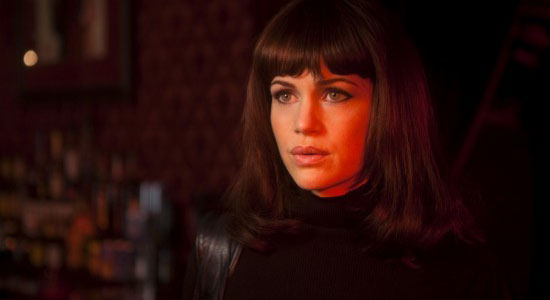 MAGNET’s Mitch Myers files his first round of notes from SXSW.

In case you haven’t heard, Friday marked the beginning of the 2011 SXSW Film & Interactive Festivals down in Austin, Texas. But rather than focus on the super-saturation of sanctioned events, everyday people, technology, star power, BBQ, booze, trade shows, conventioneers, smart-phone apps, afterparties, overstuffed bars, overtaxed infrastructures and other distractions, let’s talk about art and commerce.

Girl Walks Into A Bar, directed by Sebastián Gutiérrez, is the first movie to be produced for and distributed on the Internet (sponsored by Lexus). It’s a brand new comedy featuring a number of talented and recognizable actors, including Carla Gugino, Rosario Dawson, Emmanuelle Chriqui, Danny DeVito and Josh Hartnett. And you can go see it on YouTube right now.

Much like his films Women In Trouble and Elektra Luxx (two-thirds of a comedic sex-farce trilogy, with Women In Ecstasy still unmade), Gutiérrez literally stuffs his film with beautiful, desirable women in various stages of personal empowerment. Inspired by the original Sudoku movie, Robert Altman’s Short Cuts, it is a series of interlocking vignettes taking place in a number of Los Angeles bars, and one nudist ping-pong club.

Gutiérrez, who directed Judas Kiss and wrote the screenplay to Snakes On A Plane, is something of a cinematic Svengali. He works low budget (here he used a Canon 7D high-definition camera), but he always manages to get quality actors to work with him for minimum wage. This is probably because he writes great dialogue and is extremely funny. The lovely Gugino seems to be Gutiérrez’s main muse, as she’s featured in many of his other projects and portrays a complex-yet-confident ex-detective drawn into a possible murder plot that devolves into a wild midnight ramble of dark L.A. watering holes—encountering exotic dancers, pickpockets, hot bartenders, off-duty policemen and offbeat wise guys along the way.

Girl Walks Into A Bar was chosen to be the first movie shown at the SXSW Film Festival this year, and with good reason: It is the harbinger of things to come in new media. This movie itself isn’t great, but it is good. And it is also a perfect introduction into the world of Sebastián Gutiérrez, which seems to be a pretty cool place to be. As I said, this movie can only be seen on the Internet. It’s free, but I’m betting that they figure out how to make money off it. Let’s just wait and see.