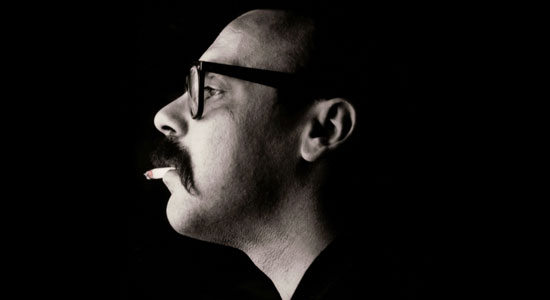 Linford: I have a special, secret category of music that I love, that I didn’t plan on loving or even categorizing. But one day it dawned on me that I was reaching for certain records over and over that didn’t have any drums recorded on them. As much as I love great drummers, there is often a different kind of space, or a different kind of mutual breathing, that occurs between musicians who aren’t relying on a drummer.

I’ll confess: As a kid growing up in the coal-mining hills of Ohio, all I learned in my early years about jazz piano playing came from one source and one source only: A Charlie Brown Christmas. That particular Vince Guaraldi Trio recording has now fully entered the mainstream and must be close to overtaking the best-selling jazz album of all time, which I believe, if I have my facts and rumors straight, is still Miles Davis’ Kind Of Blue. So yeah, we’ve all heard the Vince Guaraldi Trio at Christmastime, and it’s one of the reasons why I can’t truly celebrate Christmas without involving an upright bass. If it were up to me, we would lean an upright bass in the corner of the living room, and put our presents around that.

But, I digress. I want to recommend an odd, early Vince Guaraldi record called A Flower Is A Lovesome Thing (named after the tune by Billy Strayhorn). Now some supercilious jazz critics dismiss a record like this as “easy listening,” but it’s undeniable that Vince has one of the most easily recognizable sounds in jazz. Much of Mr. Guaraldi’s playing possesses a mischievous simplicity, but don’t let that fool you. He can swing formidably when the spirit moves. I have a personal theory as to what sets Vince apart, and it perhaps can explain why his popularity has continued to grow: There’s something I can’t quite put my fingers on here, but Vince approaches his piano and composition like a great songwriter. While many jazz composers wrote (amazing) tunes, Vince somehow often wrote songs without words. I’m not sure I can explain the subtle difference, but it has something to do with the way he organizes his improvisations. It seems like his sense of melody is always in the driver’s seat. He’s treating his charts like songs.

But Vince Guaraldi was also a badass when it came to sly rhythm, and on this record, without a drummer, with guitarist Eddie Duran and bassist Dean Reilly serving as close confidants, he has complete freedom to lean into his work and lead the quiet, understated charge. I adore this oddly hushed, laid-back little jazz record.