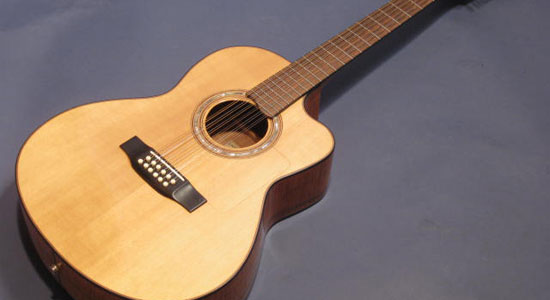 Cockburn: Why do I play guitar, as opposed to drums or keyboard or bagpipes? Because of Elvis Presley (actually Scotty Moore, who played with Elvis, though I didn’t know his name until later) and Buddy Holly. And because my grandmother happened to have one in her attic. When that beat-up, low-rent instrument came into my hands at the age of 14, I knew it would become a key component of my life. When I showed so much interest in it, my parents got me a better one. It became a refuge from the horrors of adolescence—a step into the world of cool for a nerdy kid with a crappy self-image. I studied other instruments—clarinet, trumpet, a bit of cello—but it was the guitar that got into the core of me and clung there long after delusions of Elvis-hood had given way to the notion of becoming a jazz musician, then a rocker, then a singer/songwriter.

I own several guitars. The ones with which I’m most closely associated were made by Linda Manzer of Toronto, a fine luthier and a great friend. Back in the ‘80s, when synthesizers were becoming a fashion necessity on every record, another friend, Jonathan Goldsmith, archly declared to me that the guitar was dead and had no future. Jonathan is a top-notch composer and pianist. Hah. Guess who was wrong!