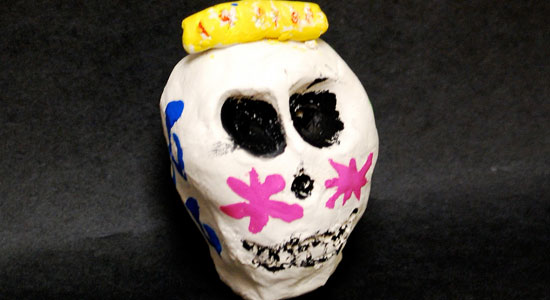 Cockburn: The teenage son of a friend of mine was killed recently in a snowmobile accident. He was a popular kid—how much so his mother learned when it seemed like the whole town turned up to mourn his passing.

This inescapable transition from a living state to whatever awaits us is something we prefer to ignore much of the time, although our fascination with death is obvious from the constant stream of stories we are constantly telling ourselves. There are situations where it will be seen and felt. There are places where human death becomes another element in the landscape, along with roads and trees and air. In our own context, thankfully, death feels more like an occasion. I guess it’s safe to say it is always a shock to the deceased. I suspect (and fervently hope) that that shock is short-lived. To the survivors, the shock lasts a long time. In the case of a lost loved one, lifelong. I think I’ve seen that excruciating sense of loss be transmuted into a kind of interior altar where the lost one is honored.

We are this brief flare of energy sparked by birth and then snuffed out. It seems especially so when someone young goes down. Part of the energy goes on to what is next. Part of it remains as the memories of us held by those who knew us. When my mother died this past summer, she was just short of her 89th birthday. She had lived as much as circumstance and temperament permitted. She fought off the effects of cancer and its treatment for a long time. She curled and played tennis up to the last year of her life. She too was more popular than we had realized. At her visitation, a large number of her contemporaries showed up, most of them unknown to me, full of love and appreciation for her. That sad event became a celebration, even a joyous one, of mom and her life.