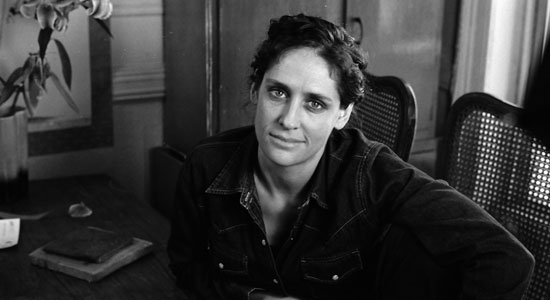 Cockburn: Jenny Scheinman has performed and recorded with a legion of fine artists from Bill Frisell and Ani DiFranco to Lucinda Williams and Rodney Crowell. You may know her from this, but if you haven’t checked out her own CDs, you’re missing something great! As a jazzoid composer and player, Jenny has developed an eclectic style both fresh and varied. She performs her pieces with a range of ensembles, which feature ace musicianship from the likes of Todd Sycafoose, Myra Melford, Kenny Wollesen, Nels Cline and others.

Then there’s the songwriting. I’m not exactly clear on the genre boundaries involved, but with violin and mandolin accompaniment, Jenny has these songs with clever, thoughtful, sometimes humorous lyrics that sound to me like a kind of bent California neo-bluegrass. Full of good energy.

Aside from simply wanting to bring her to your attention, I have a certain stake in this. Jenny Scheinman is featured as a guest on my new CD and is also touring with me starting as both opening act and as part of my tiny-but-perfect band.