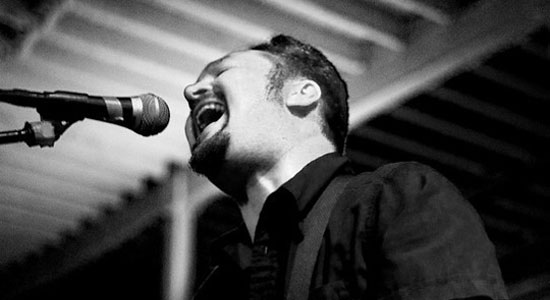 In February, Portland, Ore., singer/songwriter (and longtime MAGNET fave) Fernando Viciconte saw his seventh full-length, True Instigator, released physically via his Domingo Records. This is something Fernando fans didn’t really expect to see happen, since he announced a break from the music business after the album was digitally released in 2009. We can thank R.E.M.’s Peter Buck, as he’s the one who convinced Fernando to take up making music again by offering to play on his next record, which will be recorded sometime this year. This mix tape commemorates Fernando’s triumphant return to music.

Pescado Rabioso “Todas Las Hojas Son Del Viento”
I was turned on to this mid-’70s Argentinean band by my former producer and good friend Luther Russell, and I am still thanking him for the recommendation to this very day. “All The Leaves Are Of The Wind” is one of my favorite Luis Spinetta compositions because of the simplicity of the production and the depth and message of the lyric. In my eyes, “El Flaco” (a.k.a. Spinetta) is Jimmy Page and Robert Plant rolled into one person and is probably one of my biggest musical inspirations. Video

Harry Nilsson “One”
In my opinion, Harry Nielson is the greatest American singer of all time, and this song proves that he was a master of melody as well! He wrote this while on the phone listening to a busy signal. Do I need to say more? I am always amazed that more people have not heard of Harry, and it saddens me that he does not get the recognition that he deserves. At the height of Beatlemania, John Lennon and Paul McCartney called Harry their favorite American musician. Come on! Video

Sir Douglas Quintet “Nuevo Laredo”
“Nuevo Laredo” is a perfect mix of rock, Tex-Mex and country and is one of the best examples of the genius of the late, great Doug Sahm. I had the pleasure of meeting Mr.Sahm at the House of Blues in L.A. back in 1999 through a couple of buddies of mine, Gene Taylor and Jimi Bott. Every time I hear this song, I am reminded of that night and getting stuck in the bathroom with Gene and Doug and them telling me that the place was haunted and that a ghost was holding the door closed on us. What we were doing in the bathroom together? Ahhhh, moving right along! Video

Mercedes Sosa Y Horacio Guaranay “Si Se Calla El Cantor”
“If The Singer Is Silenced” is one the most beautiful folk songs ever written, and this version features two legends of South American protest folk: Horacio Guaranay and Mercedes Sosa. I can’t stop weeping as I listen to this song because I’m reminded of all the victims of South America’s “Dirty Wars” and all the brave people who took comfort in these magnificent words and used them to energize their struggle to overcome their oppressors. Video

John Lennon “Mother”
This is one of my favorite John Lennon songs because you can clearly hear the rawness of his emotion in every single line, and even though I probably prefer the album version, I do love how cool John looks behind the keys in this video! John was incorporating Arthur Janov’s primal-scream therapy while recording this track, which created some of the best rock ‘n’ roll screams ever captured on tape (yes, tape, not hard drive). I have made an effort to use this technique in my own music, but I don’t think it’s working. I’m still pissed off most of time! Video

Elvis Presley “That’s All Right Mama”
One of my earliest memories of childhood is going to pre-school and not being able to communicate with the other children. I was a little Argentine immigrant boy, and I had yet to master the English language (still a work in progress). Frightened and frustrated, I realized that I had a way to communicate with them. I had learned to sing along with Elvis’ “That’s All Right Mama” so during recess, I decided to break out into an a capella version of that song. Lo and behold, the children liked it, and I began to make friends! A technique that still works for me to this day. Video

Howlin’ Wolf “How Many More Years”
I like a bit of evil with my blues, and Mr. Chester Arthur Burnett understood that better than anybody! This is one my all-time favorite performances and clips because it showcases Howlin Wolf belting it out in a small juke-joint setting (albeit a fabricated-for-television juke-joint setting), where he completely owns the performance from the moment he opens his mouth. “Whenever you’re thinking evil, you’re thinking about the blues.” Damn, I didn’t realize I was thinking about the blues so much! Video

Hank Williams “(I Heard That) Lonesome Whistle”
Hank Williams means the world to me and has got me through the best of times and the worst of times. I can’t think of any other artist who is more influential and who has meant more to country music than Mr. Williams so I think it’s a shame that 50 years since his dismissal from the Grand Ole Opry, the powers that be have not found it in their hearts to reinstate him posthumously. That being said, “Lonesome Whistle” is one of my all-time favorite songs because it conveys a longing for escape that very few artist, including myself, will ever be able to match. Video

Ritchie Valens “Donna” (Live)
Ritchie and I grew up in the same city of Pacoima, Calif. (a suburb of L.A.), so as far back as I can remember, I was listening to the music of this legendary Chicano rocker. “Donna” is Ritchie at his sweetest. Primarily, I think I love this song because it reminds me of my first crush, which occurred in the second grade on a Chicana girl with a mini-bouffant hairdo. Ah, I think her name was Mary Lou? Video

Carlos Gardel “Mi Buenos Aires Querido”
My parents and I immigrated from Buenos Aires to Los Angeles in 1971, and whenever the folks would get homesick for the old country, I remember that they would put on this classic track by Argentina’s most famous tango crooner. The song title simply translated is “My Beloved Buenos Aires,” and when I hear it today it reminds me of my parents happily dancing together in our living room with my mom intermittently screaming at me, “Turn down the television!” Still one of my favorite tangos of all time! Video