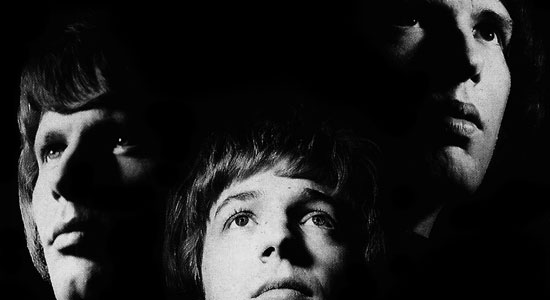 Matt: I don’t know anybody who doesn’t work in a record store who has ever even heard of the Walker Brothers, but they’re one of my faves. This trio of Americans went to England in 1965 and had a couple of hits that were as big as anything the Beatles or the Stones were doing at the time. They weren’t really related, just some dudes from LA who sounded like the Righteous Brothers. It was the booming baritone of Scott Walker (not to be confused with the jerko Wisconsin governor) that drove their big hits like “The Sun Ain’t Gonna Shine Anymore” and “Make It Easy On Yourself,” etc., until they broke up in 1967. While everybody else was getting into psychedelic rock, Walker started started a solo career singing songs about lonely people living in apartment complexes and interpreting French singer Jacques Brel’s songs for English-speaking audiences. His first couple of solo albums hit the charts, but the increasingly bizarre subject matter of his songs and personal issues put him out of step with the music-buying public. Scott went off the rails by 1970 and stopped writing. He started interpreting hits of the day and recorded a handful of country-rock-sounding albums to limited commercial success. Even on these albums, where you can’t even understand why he recorded them or what his motivation could possibly be, he sings his ass off. This guy has one of the best voices in music history, no matter what he’s singing. In the mid-’70s, the Walker Brothers reunited and made two albums of covers of easy-listening hits before recording their final LP together, 1978’s milestone Nite Flights. Influenced by and subsequently influencing the kind of work Bowie and Eno were doing and featuring Walker’s return to songwriting, Nite Flights is a complete departure from what came before it. Mutant disco and creepy avant-garde ballads, these songs would set the tone for the rest of Walker’s sporadic and increasingly experimental recording career. If you’re interested in checking these guys out, I would recommend a Walker Brothers hits collection and Walker’s solo Scott 2 as good starting points. Read MAGNET’s 2006 profile on Walker.