Over the course of three surprise-filled albums, Wye Oak has artistically come of age in the public eye. Singer/guitarist Jenn Wasner and drummer/keyboardist Andy Stack mesh spellbinding folk-rock melodies with a dynamic range that shifts, in the blink of an eye, from the parlor to the garage. The Baltimore duo, whose latest album Civilian (Merge) can whisper as loud as it rocks the rafters, is on duty all week as guest editors of the MAGNET website. Read our brand new Q&A with Wasner. 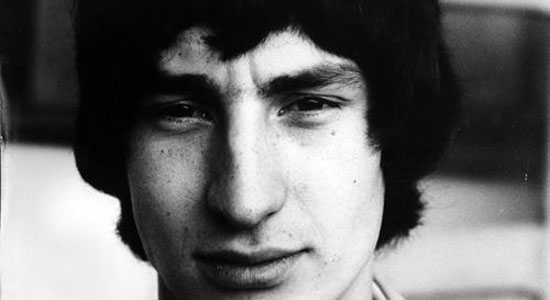 Jenn: A very recent discovery, courtesy of a blizzard in Brooklyn and a dear friend with excellent taste and even better weed. The last time we were in New York, it snowed 20 inches, and we had to make the trek from Manhattan (where we were stranded) to Brooklyn, where, wet and cold, we were welcomed with an introduction to Black Devil Disco Club (a.k.a. Bernard Fevre). This music doesn’t sound like it was made more than 30 years ago (which, I’m told, it was), and it doesn’t sound like the future (which some claim that it does). Instead, it just sounds pure and basic: beautiful, simple little melodies that have always existed somewhere and, somehow (who cares when), this guy tapped into the vein. Perfect little songs, which I can also attest pair up perfectly with a slightly altered mindset and high-definition footage of deep-sea creatures.